We would like to offer our sincere support to anyone coping with grief. Enter your email below for our complimentary daily grief messages. Messages run for up to one year and you can stop at any time. Your email will not be used for any other purpose.

Share a memory
Obituary & Services
Tribute Wall
Read more about the life story of Wayne and share your memory.

There will not be any services at this time.

Memorials may be made to Donor’s choice and mailed to Kevin Scott, 910 South 6th Street, Fairfield, Iowa 52556.

Wayne was born October 20, 1926, to Frank B. and Pauline (Woellhaf) Scott.  He married Betty Lou Lynn December 8, 1948, at the First Methodist Church.  They later divorced.

Wayne served in the National Guard during the Korean War. He worked at Dexter as a shipping clerk for 23 years.  Wayne than moved to Tucson, AZ where he lived moving back to Fairfield 8 years ago.  He was a member of the VFW.  Some of his interests were collecting watches, watching baseball and he loved cars.  He was a very hard worker.

He will be missed by his children, Kevin Scott of Fairfield and Lynn Jaworski of Winona, MN; two grandchildren, Debi Hornkohl and Linda Hammon; 5 great grandchildren; and a nephew, Fredrick Dahl.

Wayne was preceded in death by his parents, Frank and Pauline; and a sister, Emogene Dahl.

To send flowers to the family or plant a tree in memory of Wayne Helton Scott, please visit our floral store. 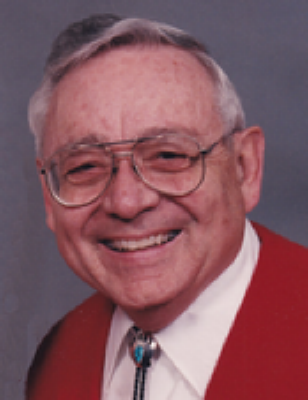 Look inside to read what others
have shared
Family and friends are coming together online to create a special keepsake. Every memory left on the online obituary will be automatically included in the book.

Look inside to read what others have shared

Family and friends are coming together online to create a special keepsake. Every memory left on the online obituary will be automatically included in the book.

You can still show your support by sending flowers directly to the family, or by planting a memorial tree in the memory of Wayne Helton Scott
SHARE OBITUARY
© 2023 Behner Funeral Home & Crematory, Inc.. All Rights Reserved. Funeral Home website by CFS & TA | Terms of Use | Privacy Policy | Accessibility